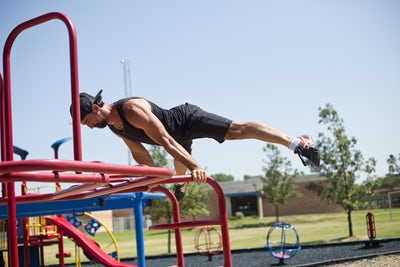 What is Frozen Shoulder?

Frozen shoulder, also known as adhesive capsulitis, goes beyond having just a stiff shoulder.  Individuals with frozen shoulder often find relief from frozen shoulder symptoms by seeing a Chiropractor.  Most people hardly understand what Frozen shoulder syndrome is among all shoulder conditions. It is characterized mainly by loss of both passive and active range of motion and pain, and sometimes severe shoulder pain.  A frozen shoulder diagnosis affects an estimated 2-5 % of the general US population across all age ranges but is most commonly diagnosed in individuals between the age of 40-60 years old with women being 3-7 times more likely than men.

Adhesive capsulitis is another name for Frozen shoulder because there is fibrous connections that form in the tissue surrounding the joints that comprise the shoulder complex.  These fibrous connections or adhesions are produced as a result of the body’s reaction to inflammation. Adhesive capsulitis is formed typically because of an injury, misuse, surgery, or lack of use of the shoulder.  Autoimmune disorders, Parkinson disease, cardiovascular disease, thyroid disorders, stroke, and diabetes also can cause Frozen shoulder. At times, improper movement and impact of the shoulder cause this condition.

There are 3 stages of Frozen Shoulder Syndrome which often develop over the course of 2-9 months.

Known as the Freezing stage, is the period during which the connective tissues become inflamed causing mild to severe pain which is often worse at night; the shoulder range of motion of the begins to become more and more restricted as the shoulder seems to “freeze” in place.

Known as the Frozen stage, is the period when the pain seems to decrease because the inflammation decreases. Remember how earlier I said that there is a fibrous tissue formed within the joint? Well that fibrous tissue starts getting less fibrous!

Known as Thawing, can take an average of 30 months! The shoulder joint starts gaining the normal range of motion; however, approximately 50% of people suffering from frozen shoulder continue to have shoulder pain and loss of function over 7 years following the initial onset.  Pain can decrease but stiffness and decreased range of motion continue still!

In this video, I show 3 shoulder exercises that we all should do in order to minimize the chances of developing Frozen Shoulder from our sedentary lifestyle.

What are the Treatments for Frozen Shoulder?

Common Medical approaches include the use of non-steroidal anti-inflammatory drugs (NSAIDs) such as Ibuprofen, steroid injections for short-term pain relief, and in some cases, surgery are common approaches.  PRP injection, when your own blood is taken, ran through a centrifuge machine when plasma is extracted and injected in the joint is my choice of injection BUT have not seen it help Frozen Shoulder pain but a great option for minor shoulder tendon tears.

Posture plays a HUGE role in the development of Frozen Shoulder; forward head posture discussed in my blog explains exactly what I am talking about. In the video below, I show how a simple routine, like checking messages or social media posts on our phone, destroy your posture!

The abnormal muscle tone and function of the muscles in the neck, mostly the Trapezius and Sternocleidomastoid (SCM) muscles located on either side of the neck are the general culprit in frozen shoulder. You see, when these muscles overwork due to our sedentary lifestyle, staring at our digital devices day in day out, slouching,  the declined posture limits the mobility of the shoulder joint, changing the position of the shoulder blade. This leads to the changes in the consistency of the soft tissue surrounding the ‘ball’ part of the arm which sits inside the shoulder socket. This is one of the areas where Chiropractic truly shines in the approach to treating Frozen Shoulder.

Chiropractic adjustments to the neck and the top of the mid back area have a huge impact on posture as well as the function of the neck muscles. The ability of upper neck spine vertebra to move freely has been shown to have a huge impact on the ability of the shoulder joint and its surrounding muscles to move and function properly. This video explains what an adjustment does.

It is fair to say that when a condition is so long-lasting, there is a modification of the order and function of the muscles that are to perform a given task. When this order is changed and let’s say specific movements cause pain, the portion of the brain in charge of those movements does not get to practice its role(s). This causes postural adaptations that in my practice, through the specific run through Brain-based Neurology and Postural examination I then am able to let my patients know what specific brain-posture exercises my patients can do at home to activate the inactive part of the brain. You see, if the command center, the brain, does not send the command, no long term solution is found.

Another modality I use in my practice is DNS or Dynamic Neuromuscular Stabilization which is explained in this blog. This once again plays a role in correcting the bad posture that led to this problem to begin with.

Active Release Technique (ART) is a manual therapy that addresses muscular and soft tissue issues.  Using this technique to break up the fibrous adhesions I talked about previously which are formed as a result of tissue damage and inflammation can free up soft tissue within the shoulder to move more freely.  This technique is my go to technique when it comes to the Frozen Shoulder and other joint problems.

Low Level Laser Therapy (LLLT), also known as Cold Laser, is another non-invasive approach to treating frozen shoulder.  Cold Laser is a ground-breaking therapy that has been shown to accelerate healing and relieve pain associated with frozen shoulder, capsulitis, shoulder tendonitis, and torn rotator cuff symptoms.  Studies have shown that cold laser works best when used in conjunction with other healing approaches such as the other treatments I just mentioned.

Restrengthening is an essential part of the rehabilitation of any musculoskeletal injury, therefore, developing an individualized routine is a great way to approach the “thawing” stage of Frozen Shoulder when movement and function are returning. Many times, I tape the muscles that are overactive to work the under active muscles without them coming into the picture. To see more taping on different muscles that may be involved in Frozen Shoulder, visit my YouTube Channel.

Decreasing inflammation in the body is another important factor both for healing and preventing tissue damage. It is best to eat the foods that are the right fuel for YOUR body! To learn more about this, read this short blog on Metabolic Typing.  No matter what Metabolic Type personality you have, eating processed foods, sugar, GMO, food coloring and additives absolutely cause inflammation. According to this article, reducing or eliminating the inflammatory foods and including anti-inflammatory supplements and herbs such as omega-3 fatty acids, magnesium, CoQ10, ginger, and tumeric can be effective.

I was referred to Dr. Shakib from my holistic fb page for my frozen shoulder at the beginning of June. I had never been to a chiropractor in my life, but heard great things. When I began being seen by her, I could barely move my right arm and was in constant pain. She took the time to evaluate my situation and instantly I felt comfortable with her.

She has an amazing way with her patients, and you know she knows what she’s talking about. What I love is that she’s not just about adjustments, but she incorporates neuropathy along with functioning movement. She thoroughly explains everything as she works with you and trains your brain with the proper positioning and movements.

I cannot say enough positive things about her, as I refer her to everyone I know. Since i began with her, my arm/shoulder function has improved greatly and I owe it all to her. Thank you, Dr. Shakib!!!