Get rid of your pain and improve posture and movement

While licensed in Chiropractic, my focus in practice is beyond the spine and into the impact of our body’s movement (right or wrong) on the brain and then how to change the wrong patterns of movement into the ‘right’ patterns of movement that our body is programmed to do. We are talking about Postural Neurology and Functional Movement.

At Irvine Spine and Wellness Center, reducing symptoms gives a job, educating our patients on the importance of finding the CAUSE creates our career but enhancing the way others live their lives produces our legacy. I focus on Brain-based Neurology and Posture and Functional Movement, specifically Dynamic Neuromuscular Stabilization (DNS) which in my opinion are the only long lasting methods of rehabilitating musculoskeletal conditions. As a trained Pelvic Floor Dysfunction therapist, your examination and treatment is from your “head to the floor”.

Movement is a concert where the musicians know their musical instruments and when to chime in and phase out. The brain is the conductor and the body parts are the musicians  The musical note in front of the brain is the map of movement and sensation called Homunculus. Postural Neurology finds out what the patient’s current map of movement is and the necessary changes to that altered map get done appropriately. Then through DNS, the practicing of the rehabbed body part and the right timing of it in movement is instilled. 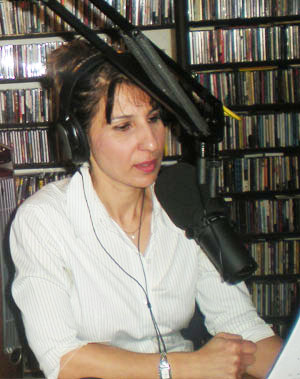 What kind of doctors are they if they don’t give any medicine?

“It was curiosity that got me interested in chiropractic. After all, I was used to thinking of medicine being the ‘cure’ for all. When I looked into chiropractic, I was intrigued by how simple, yet profound its root was: Follow nature’s rules and you win, break nature’s rules and you lose! I learned it was not any medicine deficiency that caused dis-ease and disease and that there was more to health than what media and Big Pharma made it to be.” Irvine Chiropractor Dr Shakib

I chose Los Angeles College of Chiropractic (LACC) for multiple reasons, the most important of which being its high academic emphasis.

I wanted to know the different diseases that I probably was not going to treat as a chiropractor; I wanted to know everything about everything (something I am known for!) and LACC allowed me to learn what Medical Doctors learned in school. After all, if I knew from the very beginning that was going to educate people on what to do to avoid medicine, I needed to learn how medicine worked.

Later on, I learned that to truly embrace the concept of the chiropractic LIFESTYLE, I had to learn about the other two angles of the triangle of health. It was then that I proceeded to learn about Functional Medicine, assessing each system and organ in the body while interpreting its impact on the rest of the body, Metabolic Typing and later Meridian talk therapy (EFT). The latter explored the impact of mental component of health which is so often missed by even alternative health practitioners including many chiropractors. I find satisfaction in knowing that I am a true Chiropractor. This deepened the fulfillment of my title, knowing that Doctor meant teacher.

Asyour Irvine Chiropractor of over 20 years, I enjoy our wide range of patients who come from all planes of life including Runners, Cyclists and the Equestrians; all of these activities require postural strength and bio-mechanical awareness.

I have had the pleasure of hosting my own radio show, “Health Matters with Dr. Shakib,” for more than three years which covered alternatives to conventional medicine. As a huge fan of Functional Fitness and prevention, my Youtube channel packed with hundreds of short videos on health related, DIY exercises is available to my patients to access. This library of videos is referenced many times throughout the care of my patients and certainly available to my non-patients as well.

On my podcast, ‘Life and Health Matters with Dr. Shakib’ found on your favorite podcast platform, I interview experts on health and life matters.