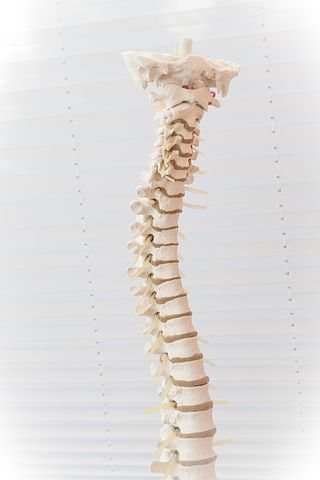 Scoliosis is a term that we’ve all heard at one point or another but what is scoliosis?

According to the Scoliosis Research Society, scoliosis is defined as a sideways curvature of the spine measuring greater than 10° (10°-20° being considered mild scoliosis). Normally, when viewed from behind, the spine should appear straight. When viewed from the side, the spine should appear slightly curved in some areas; these curves are there to cushion the spine and provide strength and support against the constant force of gravity. However, when scoliosis is present, the spine displays an abnormal curvature when viewed either from behind or from the side. This curvature is not the same as postural changes caused by poor posture or “text neck;” it is a spinal deformity called scoliosis or scoliotic curvature.

Scoliosis is a common condition (approximately 9 million cases in the USA) affecting children, adolescents, and adults. When viewed from behind, the spine (which should appear straight up and down) sometimes appears to take on the shape of the letter “C” or the letter “S.”  Also in a spine with scoliosis, some of the bones (vertebrae) will sometimes become slightly rotated toward the left or right.

More than 80% of scoliosis cases are considered “idiopathic,” meaning that their cause is unknown or undetermined. Based on the type, the cause is different so let’s explore the types of scoliosis.

There are 3 different types of idiopathic scoliosis including Infantile, Juvenile, and Adolescent.

What categories of scoliosis are there?

In Congenital scoliosis, there is a clear structural reason for the development of spinal deformity. Congenital refers to a disease or physical abnormality that occurs during fetal development and is, therefore, present from birth. Congenital issues leading to the development of congenital scoliosis often involve the improper formation or absence of particular structures. For example, imagine if you were building a tower out of legos; if one of the legos were misshapen or if half of one of them were missing, your town would likely have a weird look to it and possibly curve or lean toward one side or the other. The same goes for our spines; if one of the bones of the spinal column (vertebrae) fails to form properly or only part of it is present, it will cause both the vertebra above and below it to “sit funny” possibly causing what is referred to as congenital structural scoliosis.

In cases of Functional or non-structural scoliosis, the body attempts to compensate or make-up for another issue (compensatory) may be caused by a variety of issues such as a difference between the lengths of one’s legs (one leg is longer than the other), muscle spasm or imbalance, an inflammatory process such as a pelvic abscess causing a muscle spasm, or very weak core musculature.

What are the signs of scoliosis?

As suspected with any postural abnormalities or changes that are often relatively easy to spot when you’re looking for them;  one shoulder being higher than the other shoulder, one hip higher than the other or positioned differently, one arm hanging beside the body when standing up straight when the other is not, shoulder blade height differences are commonly seen with scoliosis. Other possible signs may include the head not being centered with the body or weaker musculature on one side of the body. Scoliosis does not include pain in children and adolescents unless severe enough but as it progresses through life or in its degree, many musculo-skeletal complaints rise. I see many patients with scoliosis in my practice with headaches, a tension between shoulder blades, lower back pain, hip and knee pain as a result of scoliosis. Disc degeneration and postural deterioration are expected with scoliosis and the reason why it should be addressed as soon as possible with postural and movement strengthening. Severe scoliosis with curvatures over 60° can have a huge influence on the development of the ribcage and causing great impact on heart and lung function.

Screening for and Diagnosis Scoliosis

Early detection of scoliosis is important for successful treatment; the earlier a scoliosis is found, the more time there is to monitor its changes and options there are to approaching it. This is why pediatricians and chiropractors observe the development of children’s spines and watch for any indications scoliosis. Screenings for scoliosis are often very commonly done at elementary, middle, and high schools. Unfortunately, the screenings done at schools are not accurately done and therefore later on, as the pain comes, it is discovered by accident. I see often patients who were told they had scoliosis but the treatment was not emphasized to the parents and the window of opportunity to minimize the curve damage by improving the posture is missed. Xray is the only definitive measure to diagnose the degree of scoliosis.

Riding the curve– How is Scoliosis treated?

The main goal in addressing scoliosis is to stop or prevent the curvature from progressing and causing greater deformity.  Approach to treatment depends on many factors such as age, the cause of scoliosis, overall health, medical history, and personal preference. For scoliosis measuring less than 25°, a mild scoliosis treatment of “watch and wait” approach is usually followed. This entails repeated observation, re-examination, and re-evaluation of the curvature as the person ages.  During this “watch and wait” time in children and adolescents there are a lot of different things that can be done for functional scoliosis to help support proper curvature and growth including specific functional exercises and core strengthening.

Curvatures measuring between 25-30° can benefit from the use of a particular type of braces such as either a Boston brace, a Charleston Bending brace which is worn at night, or a Milwaukee brace.  It is important to keep in mind, however, that even when bracing, it is best to use a brace in addition to some other approach to address the underlying issues in  Functional scoliosis such as the ones mentioned above with the “watch and wait” approach.

Scoliotic curvatures measuring greater than 45° can become dangerous if the progress rapidly in a growing child or adolescent and if left untreated can have a substantial impact on ribcage structure and, therefore, organ function.  Curvatures measuring greater than 45° that is continuing to grow are often considered surgical cases. This surgery involves the surgical realignment of the spinal column and the placement of metal rods to keep the spine straight. What I find interesting is that patients are typically told they have no restrictions which are mind boggling to me because in these cases, the spine is essentially fused in a large area. While the patient has no choice but to get the Harrington Rod (the metal rod), they need to work on keeping themselves in top shape and work on having and retaining great posture for the rest of their life.

Chiropractic’s Role in scoliosis – Can a chiropractor fix scoliosis?

Chiropractors are trained to observe the curvature and alignment of the spine. Scoliosis and improper curvature are one of the main things chiropractors look for when examining a patient and are very watchful for when treating children.  Chiropractic care can be especially beneficial when monitoring scoliosis or as an approach to uncovering the cause of idiopathic scoliosis and, even more so, functional scoliosis. Chiropractic adjustment, brings alignment to the spine and in conjunction with modalities such as Dynamic Neuromuscular Stabilization (DNS) and discoveries from Brain-based Neurology and Posture examination, proper posture, conditioning and movement coordination is established.

“Dr. Shakib, Desiree, and Carolyn are a professional and caring team. Their encouragement and commitment to my progress recharges my efforts every time that we connect – whether in it is an office visit, email, phone call or the website resources/podcasts!

Some of my structural challenges due to scoliosis and recurrent trauma cause dis-ease and pain. However, I have yet to feel defeated or deterred with Dr. Shakib and Desiree. I recommended this team.”