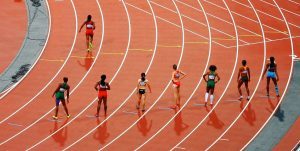 Optimal training for teenage and adolescent

Ever wonder what a great teenage weight training program looks like? How do you know if that high school lifting program is serving your child? We are going to dive into what optimal long term athletic development (LTAD) looks like, and how we can ensure that our youth athletes of today have the best shot at becoming great athletes. The popular consensus between parents and a portion of coaches alike is that early specialization into a sport will give kids a better chance at mastering and excelling in that sport. Early specialization can yield advantages due to the early exposure to that sport, but it can also lead to some possible detriments. It’s important to note that I will primarily be referring to kids between the ages of 5-14 years old.

Some advantages come with focusing on a sport early in life, the first foremost being combating a sedentary lifestyle. Participation in sport can promote fitness and health while avoiding the negative effects of sitting playing video games all day. No interest in sport and competition at a young age can lead to a decrease in physical activity altogether, increasing the odds of obesity, cardiovascular disease, diabetes, and other chronic diseases.

Introducing sport early also promotes camaraderie and the ability to mentally deal with adversity. Being able to go to a weekly practice with teammates can allow for bonds to materialize between youths, creating a stronger sense of community and promote well-being. Often, friendships hardened through athletics tend to remain true through life. Similarly, the competition early in life can help adolescents deal with losing and adversity. The realization that losing and failure are mutually exclusive terms is a sentiment that cannot be learned early enough in life.

Like most things, early sport specialization does not solely come with advantages regarding athletic development, and the first detriment is the overemphasis of competition. At first glance, this point seems contradictory to the idea that early competition will bolster mental resilience. There is a clear distinction between becoming accustomed to competition and promoting as the primary objective. An overemphasis on competition will inadvertently lead to an underemphasis in athletic performance. The goal quickly becomes training to become better at a sport or activity instead of training to become a more resilient, well-rounded athlete.

An overemphasis on specificity can limit the athletic potential of an athlete. An athlete should be fluid, dynamic, strong, and most importantly, be able to apply those skills across a wide variety of disciplines. Training year-round for a travel basketball team will likely become myopic in its scope. Everything that is done, is done to promote an increase in the performance of the sport of basketball. That training quickly becomes repetitive, and that time investment may be better suited toward participating in another sport entirely. For example, some physical qualities needed for the sport of basketball include (but aren’t limited to):

Training to improve these qualities to become a better basketball player may involve dribbling a basketball with one hand while catching a tennis ball with the other, a cone drill or speed ladder, and sprints. Incorporating these drills in addition to sports practice quickly increases the time investment to practice. Conversely, if that basketball player were to participate in another sport such as football, the athlete could potentially acquire all of these training adaptations, along with many more, simply by playing the sport. Catching passes can improve hand-eye coordination, running routes can improve speed and agility through the sport itself instead of via the addition of specific drills. However, that’s not to say that these skills couldn’t be acquired from playing a year-round sport. But they have to be implemented properly and correctly via a qualified strength or sports coach, something that is severely lacking in youth athletics.

More often than not, coaches who work with youth (between the ages of 5-14) are not versed in movement and human performance. Even in a club setting, the coach rarely knows how to implement a thorough training program that addresses imbalances that may arise due to continually participating in one sport year-round. Often, an unqualified sports coach will view training through the lens of the sport itself rather than via movement competencies. A basketball coach may put too much emphasis on plyometrics to try and get his athletes to jump higher, a football coach might put too much emphasis on heavy resistance training to get his athletes stronger. Moreover, coaching at the high school division and lower is often done by a staff member who may have once played that sport, or a staff member that has no idea about the discipline whatsoever, but is needed to keep the program running.

Systemic overuse injuries due to repeatedly performing the same activity are much more prominent in early specialized athletes. Always performing the same action and its derivatives can quickly lead to a lack of competency in other planes of movement. If we were to only lift our arms up in front of us, and never to our sides, we slowly begin to lose our kinesthetic awareness in that area, opening us up to injury when finally exposed to it. This also leads us to the issue of burnout or a loss of interest in a sport/activity. If we are told that everything we do is going to be catered toward performing one activity, the stress can become unbearable without the tools necessary to deal with that stress. How can we expect a 12-year-old to possess those tools? Regardless of whether the training is benefitting them or not, if they don’t want to participate in the sport at all at 16 years old, then to what end was it for?

An LTAD training approach should be commonplace for coaches looking to work with youth athletes (ages 5-14). In my opinion, knowing how to teach basic movement skills and training competencies should be required for all individuals looking to work with adolescents. Fostering a competitive, yet enjoyable training environment from an early age will allow for kids to develop a positive relationship with sports and competition. Training to enhance overall athleticism and general physical preparedness should be the primary goal of youth athletes, the goal should not be becoming a better basketball, football, or baseball player, this should just happen as a result. This approach to training will give them the ability to apply skills acquired laterally between sports and various disciplines.

“Coach Jon, Irvine Strength and Conditioning Coach who is an athlete himself is someone I recommend to my patients. He knows what he is doing and his attention is on the proper form and injury prevention is what I love about him.”- Dr. Shakib, your Irvine Chiropractor